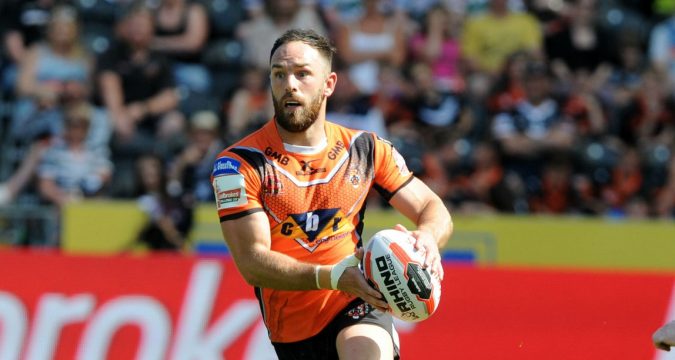 Gale has been in the best form of his career this year, most recently in the Betfred Super League semi-final against St Helens where he clinched the win for the Tigers with a golden point drop-goal in extra time, 16 days after emergency surgery to remove his appendix.

Shortlisted alongside team-mate Zak Hardaker and Hull FC stand-off Albert Kelly, the 29-year-old England international has been influential in leading Castleford to their first Grand Final, scoring over 300 points throughout the season. He received the prestigious award for being the stand-out performer in 2017 at the Betfred Super League Man of Steel dinner held at the Monastery in Manchester.

Wigan Warriors centre Oliver Gildart picked up the Young Player of the Year award. Gildart, 21, has been in sparkling form this season and beat St Helens pair Regan Grace and Morgan Knowles in a vote by members of the national media.

Castleford Tigers Coach Daryl Powell was named Coach of the Year, as voted by his fellow peers in the game. Powell has transformed the Tigers team since he took charge in 2013 and has led them to their first ever League Leaders’ Shield and first appearance in a Super League Grand Final.

It’s been a special year for Castleford Tigers who were also named Betfred Super League Club of the Year. Not only have they experienced on-field success but the club has turned itself around off the field and have increased their attendances by 13% in the 2017 regular season and by 23% when incorporating the Super 8s fixtures.

Wigan Warriors were named the Super League Foundation of the Year. Their programme has seen nearly 4,000 sessions delivered to over 53,000 people throughout the year.

The award winners in full from the 2017 Betfred Super League Man of Steel awards are as follows:

Foundation of the Year – Wigan Warriors