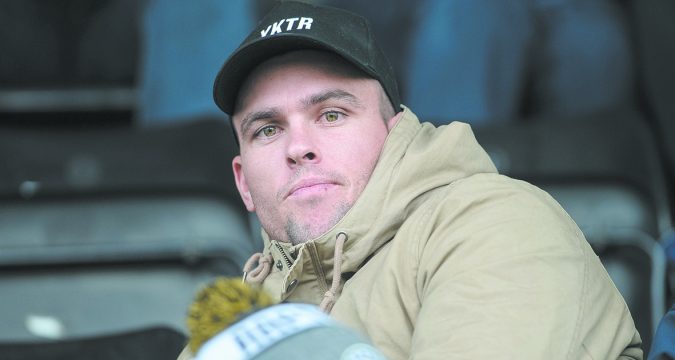 Darcy Lussick has revealed he turned down an opportunity to stay in the NRL to become Toronto’s marquee player.

The powerhouse forward joined the Wolfpack after agreeing on a release from Manly Sea Eagles, who have been stung by salary cap issues.

Lussick, 28, arrives at the Wolfpack with over 100 NRL appearances under his belt and in the peak years of his career.

Despite that, he decided to step away from Australia, with the lure of the Wolfpack proving too good to turn down.

“There was the opportunity to stay in the NRL yeah,” he said.

“The opportunity to be part of something special, the first Canadian rugby league team to hopefully enter into Super League. Just the potential that the club has, I was pretty much sold on it straight away. I just want to be part of it.

“To be honest the plan was always to stay in the NRL. I hoped to come overseas at some stage and this has probably come about a bit earlier than I expected. But I’m just some happy to be here.

“A lot of people over there would like to be a part of this at the moment so I’m not taking this opportunity lightly.”

A big factor in Lussick’s arrival was Reni Maitua, the Toronto forward who has joined the club to assist in recruitment alongside his playing duties.

The pair played together during their days at Parramatta, and Lussick spoke of Maitua’s influence in making the move happen.

“Reni said get over here.

“He gave me a rundown on the club and the vision that they have. It’s exciting, the chance to be a part of something like this. He said it’s a professional environment and he used the word exciting as well.”

The front-rower marks another significant player capture for Toronto, and he warned that there are other stars down under keeping a close eye on the club.

“It all starts on the field. If we doing all the right things on the field, and playing well, then off the field progress will come. I feel if this club is successful and plays good football then we can get a really large following.”