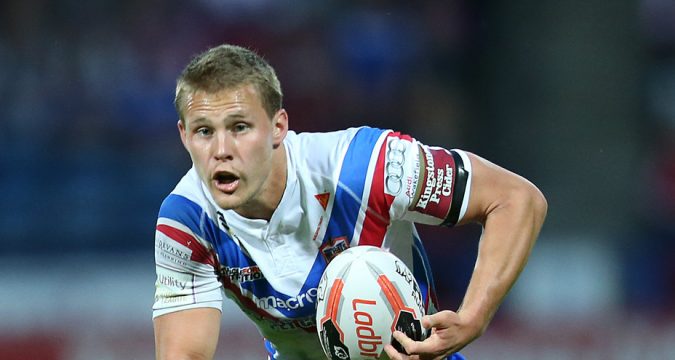 Wakefield halfback Jacob Miller believes the club is capable of a first-ever top-four finish in Super League history this season.

Following a convincing 38-6 victory against Leeds on Thursday, coupled with results elsewhere, Trinity sit fourth on the table with just five games of the season remaining.

That would represent Wakefield’s highest finish in the summer era and take them to within one game of a first appearance at Old Trafford in the Grand Final, which Miller believes is not beyond Trinity should they play to their potential.

He told League Express: “I think we’re capable of it, for sure. We’ll have to play how we did against Leeds. But if we do that, then anything is possible.

“I’m not too sure how many wins will get you in, we’ll need at least another two for sure. If we don’t do that, we’ve no chance. It’ll probably be two or three wins to even have a sniff of it.”

Miller was impressive against the Rhinos on Thursday, which was his first game since returning from a broken leg earlier in the year.

“It was good to be back out there and a good one to come back for.

“It was good timing to get back out there and respond against a good side after a tough couple of weeks. It’s been hard recently; we’ve had a good year but we’ve had a dip below our own standards of late so it was great to come back and deliver a performance we can be proud of.”