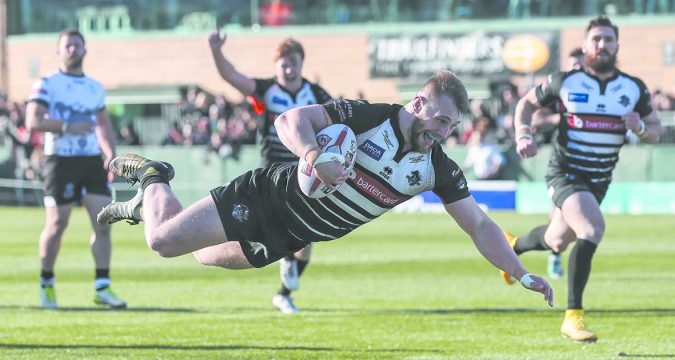 Was there ever any doubt who’d be taking top spot this week? London stay on top of our rankings after another victory – and another impressive one at that, this time hammering promotion rivals Toronto Wolfpack at home to continue their unbeaten start to life under Danny Ward.

The Saints are one of several big climbers this week. After an inactive week last time out, Justin Holbrook’s side continued their perfect start to the new Super League season with an impressive victory at Huddersfield.

Hot on the Saints’ heels in both Super League and our rankings are fellow unbeaten side, Wakefield Trinity. Chris Chester’s men are the only other team to have three wins from their first three games – with their perfect record continuing in the south of France on Saturday night.

All the talk in the Championship is about high-flying London – but whisper it quietly.. there’s an even bigger story developing with Dewsbury. Neil Kelly’s Rams have three wins from their first four games, and sit comfortably inside the top four – above the likes of Leigh, Toronto and Halifax after the opening month.

Top of League 1 (okay, okay, only after one game – but still), the Dons backed that up with an impressive win in the Challenge Cup, hammering leading amateur side Myton to move into round four.

The second of four new entries this week are Widnes, who, despite only having two wins from their first four games, are going about their business quite nicely. Their most recent win on Sunday against Leeds was further proof that the Vikings are well-equipped for a top-eight tilt in 2018.

Another climber in the shape of Oldham, who are still yet to concede a point in competitive rugby in 2018! They backed up their opening-weekend shut-out of Whitehaven with a 42-0 win against Featherstone Lions in the Challenge Cup last weekend.

After the disappointment of defeat in London, Fev bounced back well last week to hammer Sheffield and cement their position inside the Championship’s top four following the opening month with three wins from four games.

The Raiders fall down the rankings this week after a disappointing defeat to Batley.

Following a compelling draw on the opening weekend against London Skolars, Mike Grady’s Crusaders picked up arguably the result of the weekend in the Challenge Cup, dumping out Keighley Cougars to book their place in the next round.