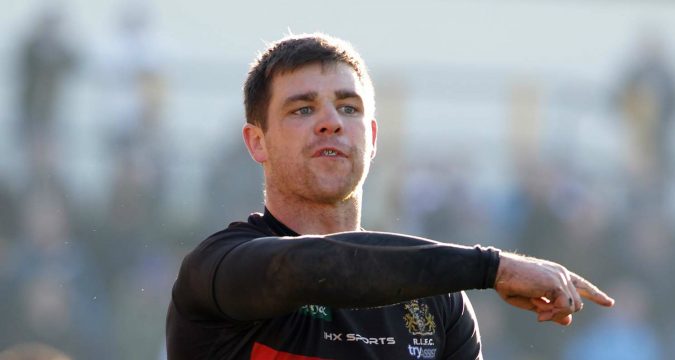 There was one player in particular that enjoyed a pretty special start to the season.

Halifax centre Steve Tyrer got his season off to a blistering start as he scored four tries and eight conversions in Halifax’s 52-6 thrashing of Whitehaven.

Tyrer’s 32-point haul equalled a club record that has been held by the great Samoan John Schuster since 1994.

It was a record Tyrer had no idea about beforehand, but he admitted it was a privilege to be held in such high regard.

“To be held in the same sentence as John Schuster is nice for me,” he said.

“The record, I had no idea of it, but it’s something that I’ll take for today and I’m happy about it, but moving forward the team performance far outweighs that.

“When all your team mates are chipping in and you’re just having to finish them off, that’s even more satisfying. We put Whitehaven to the sword.

“It’s a good start to the season for myself. Going forward we just have a few little things we can improve.”