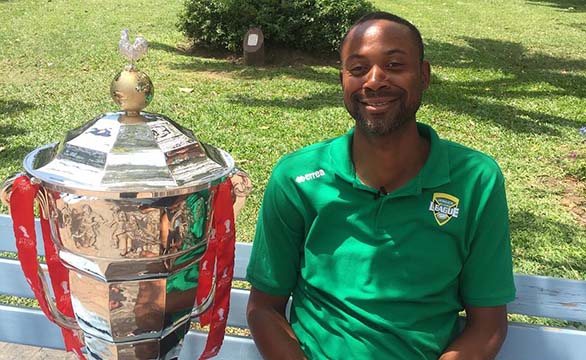 Jamaica could surprise a few people at the World Cup, according to James Woodburn-Hall.

The versatile Halifax back has been named in head coach Romeo Monteith’s train-on squad for this Autumn’s tournament in England.

The Reggae Warriors, competing in the finals for the first time and the first Caribbean nation to do so, will face Ireland, New Zealand and Lebanon in Group C.

That’s after a preparation game against Greece at Castleford on Friday, October 15, which will double up as a testimonial for Tigers and Jamaica star Jordan Turner.

Greece are also preparing for a maiden World Cup campaign.

Turner is just one of a number of seasoned Super League players available to Monteith, whose coaching team includes London Skolars coach Jermaine Coleman, while 19-year-old Dominic Young, now playing with Newcastle Knights in the NRL, is also included.

Woodburn-Hall, who played under Coleman for the capital club before joining Halifax in 2016, made his Jamaica debut against the USA in 2018.

The 16-10 victory in Jacksonville clinched World Cup qualification, and Monteith’s men went on to face the USA and England Knights in 2019.

“Playing in the World Cup is a dream of mine, and I’m working hard to show I merit a place in the squad,” said Woodburn-Hall.

“The competition is tough, because there are some good players in the squad, and I think Jamaica could surprise a few people.

“It’s a shame we couldn’t fit in a mid-season international, but most of the players are seeing regular action this season, and a lot of nations are in the same situation.

“If the squad can get into camp in good time before the tournament, I think the team spirit will rocket, and that game against Greece will be vital.

“Jamaica will be based in Leeds, where I live, and I know there is a lot of interest in the team among the public in the city.

“The games against Ireland and New Zealand are both at Headingley, and the atmosphere should be brilliant.”