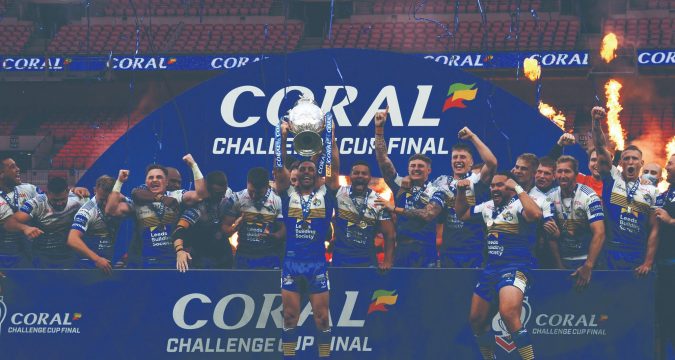 The RFL has announced a new three-year deal with the BBC that will extend their coverage of the Challenge Cup until 2024.

The deal, which will start in 2022, will see the BBC cover seven games live on terrestrial television from the round of 16 stage, as well as online coverage of early-round action.

The BBC first showed the Challenge Cup Final in 1952, when Featherstone took on Workington.

Ralph Rimmer, the RFL Chief Executive, said: “As we near the end of a year of so many unprecedented challenges, we are delighted to have concluded a deal to extend the BBC’s coverage not only of the Challenge Cup, but also of the Women’s and Wheelchair competitions which we see as being so important to the future of our sport.

“The value of the sport’s enduring partnership with the BBC has never been more evident than in 2020, as we worked together on delivering a memorable Challenge Cup Final at Wembley despite the absence of fans, which attracted the strongest viewing figures for almost a decade. More recently, raising awareness and funds for the Motor Neurone Disease Association has been bolstered by the BBC’s inspirational work with Rob Burrow and his family, culminating in their magnificent coverage of Kevin Sinfield’s heroic efforts.

“2021 will be another huge year for Rugby League on the BBC with their coverage of the three World Cups to be staged in this country next October and November, so it is fitting that this new deal includes more exposure for the Women’s and Wheelchair Challenge Cup competitions.”

Barbara Slater, Director of BBC Sport said: “Our strong relationship with the RFL goes back many years and we are delighted to continue bringing live coverage of the Challenge Cup, across BBC platforms to fans up to 2024.”