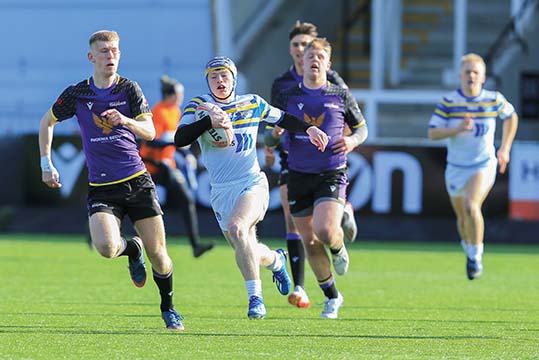 The RFL has extended the timelines within its proposals for Academy Licensing from 2022 following what it describes as “extensive consultation”, effectively giving a lifeline to three clubs whose Academy applications were rejected a little over a week ago.

These are initially for a two-year period (2022-23), “and the clubs’ progress during that period will be kept under regular review”, according to the RFL.

The RFL will also work with Leigh Centurions and Salford Red Devils, whose applications to launch an Elite Academy Licence from 2022 had also been unsuccessful, to consolidate their Development Academies, and develop their surrounding community playing base.

The recently concluded Academy Licensing process was agreed in partnership with the clubs involved and promoted within it an ability to challenge the outcome as a natural extension of the process.

Dave Rotheram, the RFL’s Chief On-Field Officer, said: “We are pleased that it has been possible to reach this agreement for the benefit of all, while respecting the process that led to the initial decision.

“The RFL will work with all five clubs to address their specific circumstances. All have responded to these challenges with impressive energy, which has earned these opportunities.

“There is a recognition by all now that Elite should mean Elite – and that everyone involved has a responsibility to protect and grow the sport from Community right through to the professional ranks and our national teams.

“That means either restricting the number of full-time licensed Academies, or demonstrating an ability to increase the pool of players available for them.

“That is now the challenge for the whole game – and one in which all clubs recognise they must play their part, with the increase in standards of Academies a key part of that.

“The standards will not be diluted, and every Academy Licence holder will be held to account under the terms of the Licence agreement.”