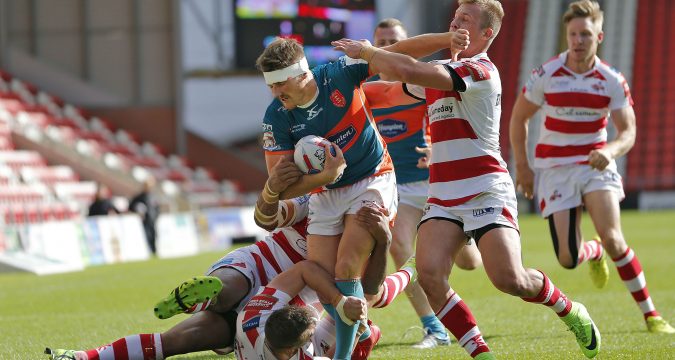 Hull Kingston Rovers brought the Giants back down to earth with a bump, ending their recent winning run with a resounding 37-10 victory that had echoes of the 6-38 scoreline at the John Smith’s Stadium between the two teams earlier in the season.

Winger Ryan Shaw scored 20 of those 37 points, with six goals and two tries scored after the break to earn a convincing win that keeps alive the Robins’ faint hopes of climbing out of the bottom four and delivered a blow to the Giants’ hopes of overtaking Leeds Rhinos that would have taken them to seventh place in the table.

Danny McGuire and Robbie Mulhern returned to Hull KR’s squad and, despite the Giants scoring first through Darnell McIntosh, they gradually took control of the game and never looked in danger in the second half, with fullback Adam Quinlan also scoring two tries and Chris Atkin landing a field-goal.

“But the last thing we can afford to do is get carried away, because we know it’s out of our control whether we finish in the top eight or the middle eight.”

For a full report and photos from tonight’s game, be sure to order League Express on Monday morning, or available digitally from Sunday night.