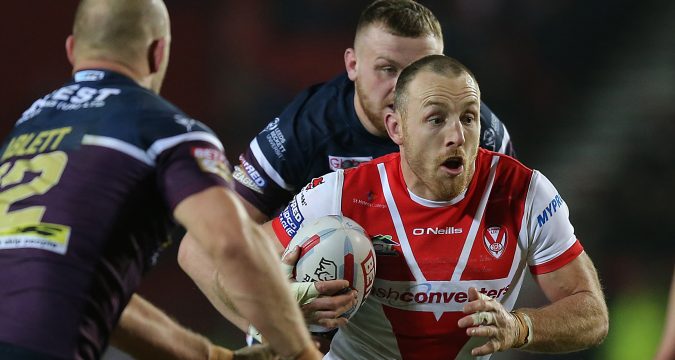 St Helens have taken up an option to extend James Roby’s contract into the 2019 season.

The 32-year-old hooker, a one-club player who has made 409 appearances for the Saints, has been a star performer for the club since making his debut way back in 2004.

His new deal will see him move into a 16th season with the club.

“This was a very easy decision to make,” head coach Justin Holbrook said.

“As captain, James is a leader within the group and quite simply one of the best players in Super League.

“He is an integral part of the club and the town. His experience, professionalism and leadership are second to none as are the standards he sets week in week out.

“I can see him playing for a couple more years yet.”

“Although there is a long way to go this season, everything is going well and I’m looking forward to the rest of the year and next.

“I’m proud to have played at the Saints my whole career and I’m really looking forward to the future.”