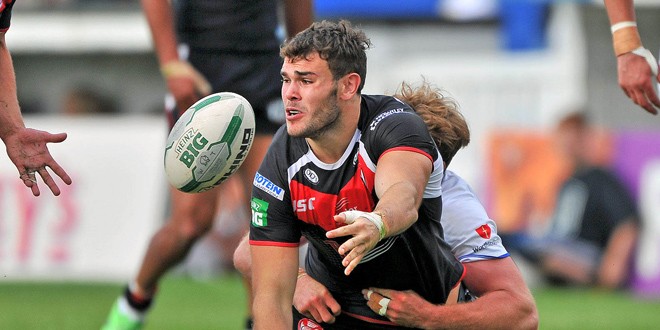 TotalRL columnist Alex Walmsley says he will take confidence from St Helens’ impressive start to the season into their Tetley’s Challenge Cup fourth round tie away to the Huddersfield Giants on Sunday.

The Saints prop believes that, while the Giants will pose a difficult challenge on their own ground, the form and confidence of his side is at a peak.

“It couldn’t have been a much tougher draw, Huddersfield were consistently the best team last year,” he said.

“You are not going to win the Challenge Cup final without beating some very good teams along the way. It’s a very tough first hurdle and it’s something that we are looking forward to testing ourselves with.

“We have played some very good teams this year already and every game has been tough on its own. Every team we have played has posed a massive test for us and fortunately we have managed to overcome those tests.”