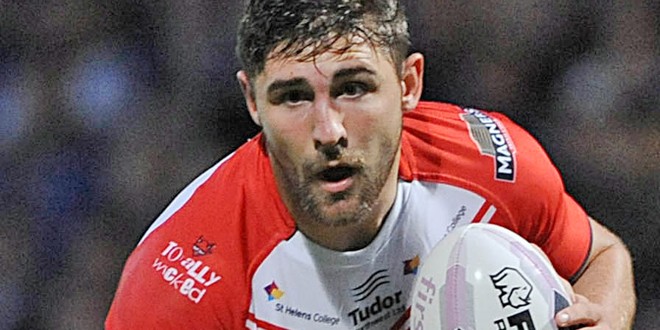 St Helens emerged victorious in a highly competitive Super League match against Hull FC at the KC Stadium, winning the Steve Prescott Cup with a late field-goal from Jordan Turner sealing a 10-17 victory.

It took Saints 21 minutes to open the scoring, as Shannon McDonnell scored a well-created try that was goaled by Tommy Makinson, with Makinson adding a penalty four minutes later to give them an eight-point lead.

Hull hit back when Leon Pryce cleverly wrongfooted the St Helens defence four minutes before the break, with Marc Sneyd’s goal reducing the deficit to two.

Early in the second half Lewis Charnock landed a penalty from in front of the posts, but then Jordan Abdull barged over the Saints line, but Sneyd missed a conversion that would have given the lead to Hull.

Makinson then gave Saints the lead again when he scored a spectacular try in corner, taking a kick from Travis Burns in the air and touching down in the same movement, with Makinson also adding the goal to open a six-point gap, before Turner’s field goal finally made the game safe for St Helens.

A full report and photos from this game will feature in Monday’s edition of Rugby League Express.