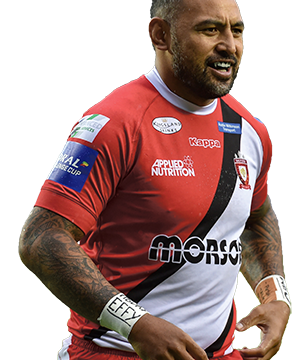 Salford Red Devils illustrated the gap between Super League and the Championship today, completing dominating the Widnes Vikings in a 68-4 Betfred Challenge Cup third round victory, demonstrating the difference between the full-time and largely part-time elite competitions.

The Red Devils scored twelve tries, with both Morgan Escaré and Matty Costello collecting doubles in their first scores for their new club.

Krisnan Inu also kicked ten goals on his return to the side, which was lacking Kevin Brown, Ryan Lannon, Elijah Taylor, Danny Addy and Dan Sarginson.

The Vikings scored one try through Daniel Hill just before half-time.

A full match report and photos from this game will feature in Monday’s edition of League Express.