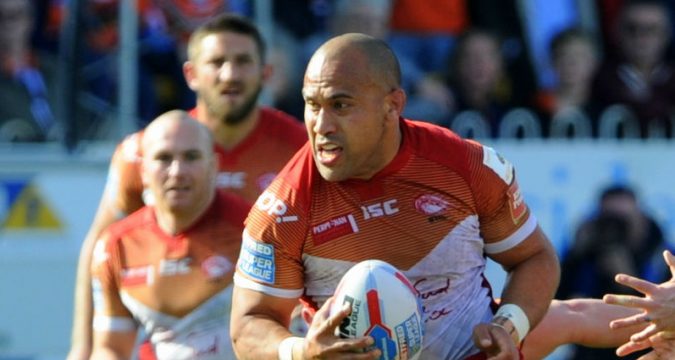 Sam Moa was among those watching on with anticipation as the Challenge Cup semi-final draw took place.

But there was something that didn’t sit right with him.

It wasn’t the fact the Dragons drew the toughest possible outcome in St Helens. More so, it was the wild celebrations of the Saints supporters after Catalans came out of the bag.

“I personally watched it live,” he said.

“When I saw the Saints fans cheering, it didn’t sit well with a few of us. But they’re entitled to their emotions after the draw and the season they’ve had.”

Of course, the delight of the Saints faithful was understandable. The other two sides in the competition were seen as a far more dangerous threat to their treble aspirations.

Or so it seemed at the time.

In the eight weeks since the draw was made, Steve McNamara’s side has overcome their torrid run of form and emerged as one of the most dangerous sides in Super League.

They’ve suffered just two defeats in the eight games since their Challenge Cup quarter-final victory over Huddersfield, with one of those being a narrow defeat to Saints’ bitter rivals, Wigan, last week after the Dragons rested several of their key stars ahead of their semi-final showdown.

If anything, a game with the Dragons is arguably the toughest outcome Saints could have asked for, with Moa and co desperate to continue the Catalans rejuvenation under McNamara.

“I think we’ve got enough ammunition there to use as motivation. Personally for us as a team and a club we could be making history here if we get past Saints and do the jobs.

“We’ve got our own ambitions and motivational things to get us through this game. There’s pride at stake. it’s going to be an extremely tough game. Saints are where they are for the reason and we’re one of the teams coming up trying to get them on the run so that’s what I’ll be trying to do

“For sure, we’ve thought about playing at Wembley, but we’ve got a formidable task this week.”