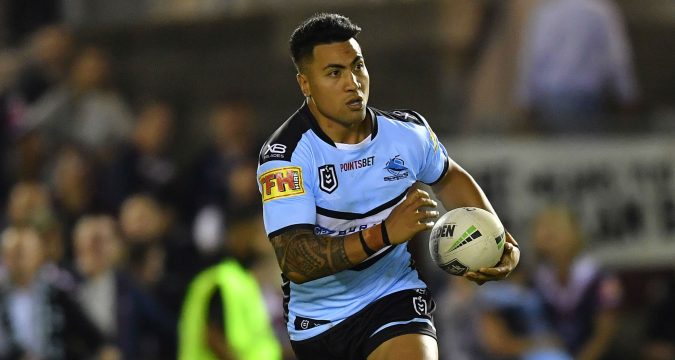 It’s fair to say that Sosaia Feki is out of his comfort zone, so much so in fact that he struggled to pronounce the area he’s living in following his move to Castleford.

But the powerhouse winger, who starts pre-season training with his new side today (Monday), is in England to make a big impression, and emulate the heroics of one his current team-mates in black and amber as he targets trophies with the Tigers in 2020.

“I know Jesse Sene-Lefao really well, having played with him at Cronulla, and I spoke to him a lot about coming here,” Feki explained.

Feki and Sene-Lefao were both in the Cronulla squad that won the NRL in 2016, and the winger admits he sounded out Sene-Lefao for advice about all things Castleford as he decided it was time to end his stint with the Sharks and move to England.

“Cronulla have a few young blokes coming through and I thought it was time to make a move,” he said.

“I’ve always fancied a move to England and Castleford was by far the best option. I’ve played with Junior Moors too. Knowing him and Jesse made it a lot easier.

“I asked Jesse a lot about the place, and seeing that he’s a real fans’ favourite here, I want to come here and be the same. They love him and hopefully they’ll learn to love me too. He told me that Castleford are a very attacking side and I’ll be getting a lot of ball, which I like. At Cronulla they weren’t too hard on the attack so hopefully I can see more ball and get plenty of tries.”

Feki admits he overlooked other moves to NRL clubs in favour of trying his hand at Super League, saying: “I had a few options in the NRL but I always wanted to come and finish my career here in England.”

Settling into life on the other side of the world will be made easier by some familiar faces for Feki and his partner.

He said: “Jesse is just around the corner from me, which is great. My partner has been trying to sort out our place and it looked like a nice area, and her best friend is over here because her partner is Bill Tupou, who plays at Wakefield.

And once he is all settled in, Feki has big goals and big aspirations at Castleford.

“I’m coming here to win something for sure,” he said.

“I’ve done it at Cronulla and that was an amazing feeling, but I’m here now and it’s back to square one. It’d be a dream to play in a Super League Grand Final and win one. That’s the goal.”

And it would be a great way to impress the Castleford supporters.