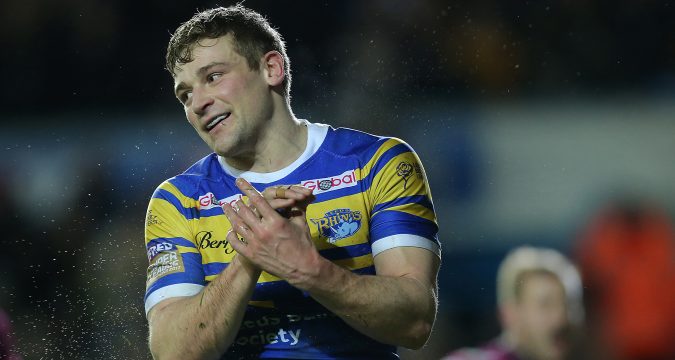 Castleford make three changes to their squad – with a potential debut for youngster Lewis Peachey on the horizon. Jamie Ellis, Nathan Massey and Peachey are in – while Joe Wardle, Gadwin Springer and Tuoyo Egodo are the ones who miss out.

Meanwhile, Simon Woolford makes one change to his Huddersfield squad; youngster Jake Wardle drops out – while key forward Ukuma Ta’ai returns to the fray for the Giants, who know victory on Friday secures a top-eight finish.

Leeds are boosted by the return of Jimmy Keinhorst from injury for Friday’s game with Widnes. Matt Parcell is included, Luke Briscoe comes into the 19-man squad too – but Brett Ferres misses out due to injury.

Hull KR are boosted by the returns of forward Lee Jewitt and three-quarter Junior Vaivai. Joel Tomkins missed last week’s game at Widnes – but he is also included in Tim Sheens’ 19-man squad for the game.

Morgan Smith and Pat Moran are named in place of Bryson Goodwin and Ben Westwood in the two changes to the Warrington squad following last Thursday’s draw with Catalans.