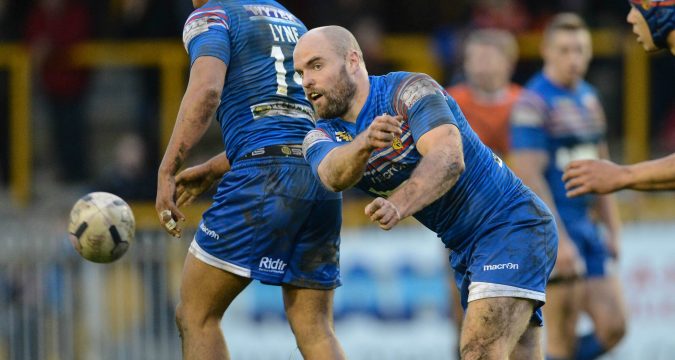 Wakefield Trinity half-back Liam Finn has called on his team-mates to do what they have done all season: continue to defy expectations and quickly shed the heartbreak of last week’s defeat to St Helens.

Trinity could have gone a long way towards securing a play-off spot with a win last Thursday – and for 78 minutes, they looked on course to do so until Jonny Lomax’s late try.

But ahead of Thursday’s trip to Hull, Finn warned Wakefield cannot afford to sulk and instead remain positive.

He told League Express: “As I’ve said before, it’s big games and fine margins – sometimes they go for you, sometimes they go against you. The challenge now is to get over the hurt and learn to deal with it in the right way.

“We didn’t look like we were going to lose it and to lose it in the manner we did, without being disrespectful, to a try that isn’t really well-earned – it’s from an error – it’s tough. We’re hurting but it’s still in our hands.

“It’s about dusting ourselves off, fixing it up and competing like we know we can at Hull on Thursday night. Look, we’re talking about Wakefield Trinity playing in big games, we’re on the right path, aren’t we?”

He said: “He’s been outstanding all year and he’s won us more points than he’s lost us. He’s disappointed because he made an error but he’s been brilliant since he’s come to the club.

“It puts him on the spot and in a difficult position because he’s isolated there, but he’s a seasoned professional and as I said in the changing rooms, he’s been outstanding. I’m not going to hang him for one error.”

And Finn now wants Chris Chester’s side to keep their top-four hopes alive by putting a severe dent in Hull’s in the process – saying they are not interested in the critics who suggest their title challenge may now fall away.

He said: “You hear people writing this group off all the time but we’re not interested. We were going to finish bottom, then we were going to just scrape in the eight, then we had no chance of the four, didn’t we?

“The semi-finals is still in our own hands: let’s not be downbeat.”