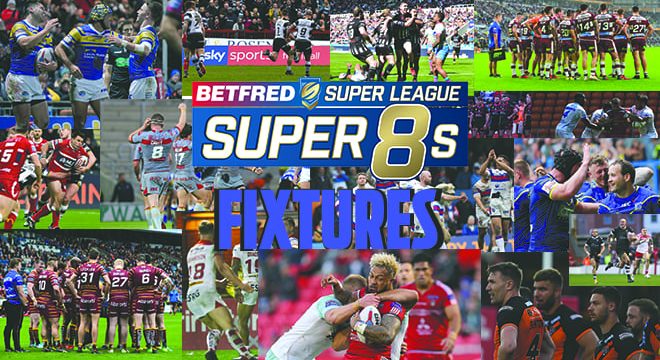 The Super 8s fixtures have been released.

The two competitions now split into three with the top eight teams now fighting out for a spot at Old Trafford, the teams in the Qualifiers fighting it out for a spot in Super League and the bottom eight sides will now play for the Championship Shield.

The games begin next week with the Challenge Cup semi-finals taking place this weekend.

Below is the round-by-round guide to the Super 8s fixtures.

Super 8s The Qualifiers– Round by Round

Betfred Championship Shield fixtures – Round by Round