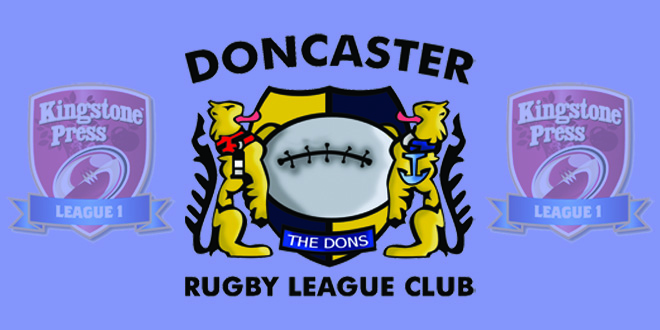 Doncaster RLFC have completed the signing of Louis Sheriff for the 2016 season.

The 23 year-old joins Doncaster from Newcastle Thunder, where he scored seven tries in 15 appearances last season.

He will link up with former team mate and fellow new recruit Jason Tali at the Keepmoat Stadium as the Dons look to challenge next year.

Sheriff came through the ranks at Hull Kingston Rovers, going on to make one Challenge Cup and eight Super League appearances for the Craven Park outfit.

NEW SIGNING: We are thrilled to welcome Louis Sheriff to the Dons https://t.co/PGXuHdVf7P #Backthebadge pic.twitter.com/BYNPeNTVHD

“Louis is another good signing for us,” said head coach Gary Thornton.

“He rang me to tell me of his availability after leaving Newcastle and I felt it was a good opportunity to bring him to the club.

“We have a young squad here at Doncaster and we need that experience, he has played at the top for Hull KR, in the Championship with Dewsbury and has had a successful time recently at Newcastle.

“Meeting and speaking to him, Louis is a great guy and he is also an excellent talker within the team.

“Louis knows this league well from his time at Newcastle and hopefully he can pass that knowledge on to guide some of the younger members of the group.

“He is well-respected within the game by those who have played with him and against him and I’m really pleased to have him here next season.”