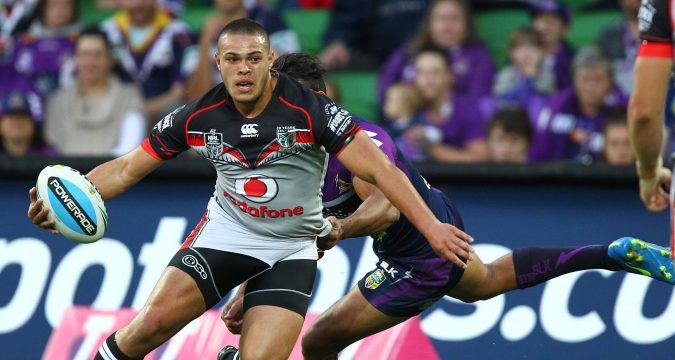 League Express revealed on Monday that the Wests Tigers pivot was destined for Super League next season, having secured a release from the NRL side to restart his career in England.

That story detailed that a leading English side had won the race to land his services – and TotalRL can now reveal that side is the reigning Super League champions.

Lolohea was initially seen as a fullback at Wests, but the signings of Corey Thompson from Widnes and Moses Mbye from Canterbury have pushed him down the pecking order at the NRL side.

And the Rhinos have signed Lolohea with the intention of playing him at stand-off: a role he is not completely unfamiliar with in recent times.

He played every game of last year’s World Cup for Tonga in the halves, and is likely to be a direct replacement for Joel Moon who, according to reports, is set to return to Australia and chance his arm in the NRL in 2019.

The move is a significant acquisition for the Rhinos, who could yet find themselves in the Qualifiers this summer. They are ninth, two points adrift of Huddersfield in eighth, with three games remaining.