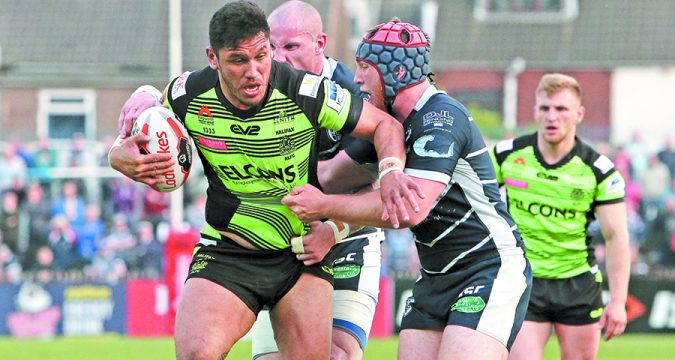 Widnes Vikings’ rebuild for 2019 is set to continue with the signing of Halifax prop Adam Tangata.

And Anthony Gelling will be joining the club, despite their relegation at the end of the season.

League Express can reveal the former Wigan centre will be wearing Widnes colours in 2019 as the Vikings continue their impressive recruitment for life in the Championship.

When Gelling agreed to join the club, it has been learned that assurances were put in place that the deal would exist, regardless of Widnes’ Super League status.

When Gelling arrives, he’s set to be joined at the club by fellow Cook Islands international Tangata, who has agreed to join Widnes in their Championship campaign after four impressive years in the second-tier.

The 27-year-old has established himself as a firm favourite at The Shay due to his uncompromising approach coupled with moments of exceptional skill.

His performances have often seen him linked with a move to Super League, but the Vikings have beat Halifax and Newcastle Thunder to his signature.

Tangata arrived in the UK from the Mounties in 2015 and helped Halifax to three top-four finishes.

He was named their player of the year in 2016 before impressing again in the past two seasons.