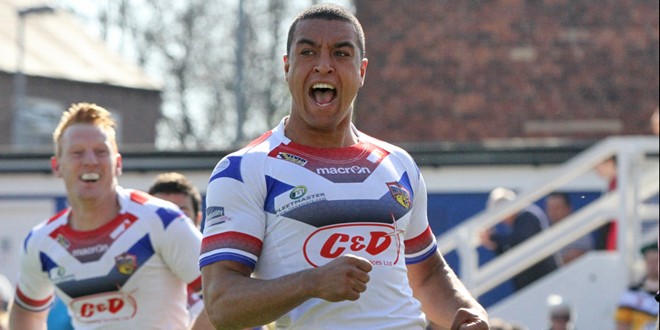 Wakefield Wildcats will be without Reece Lyne for six to eight weeks after tearing his hamstring.

The centre, who has scored four tries in 11 appearances this year, is set for a spell on the sidelines after suffering a similar injury to the one picked up by Warrington’s Chris Sandow.

Meanwhile, Both Mickael Simon and Anthony Tupou have suffered injuries after taking high shots in yesterday’s defeat to Hull FC, with Gareth Ellis being charged for the tackle that did the damage to Simon.

“Both Mika and Anthony have been given the all clear from their x-rays; we were worried that there could have been a fracture on both of their jaws. Unfortunately, we are unsure if Anthony will be able to feature on Friday night as he has got four or five loose teeth making it unsafe for him to play,” Chester said.

Jonny Molloy was also forced off with an ankle injury with just 10 minutes of the game remaining and may also miss Wakefield’s game with Widnes.