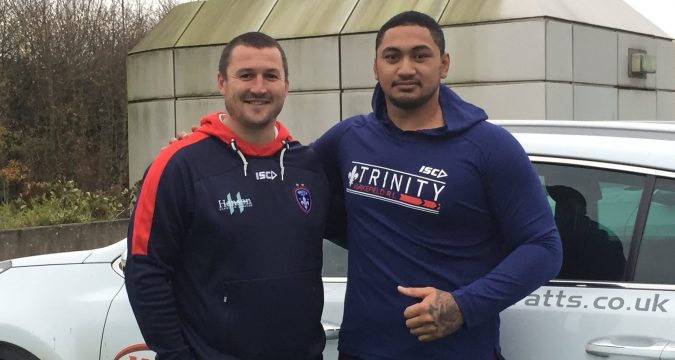 Wakefield Trinity have announced the signing of Pauli Pauli on a one-year deal with the option of a further year.

A deal covered extensively in League Express over the past few weeks – with this week’s paper telling Trinity fans the deal was on the verge of completion – the 23-year-old has finally signed on the line and will make the move from the NRL to Super League.

Pauli has joined Trinity from NRL side Newcastle; having previously joined the Knights on a two-year contract in 2016 from Parramatta Eels.

Head coach Chris Chester said: “Pauli is a great addition to what already is a strong looking pack, bring some real quality to our go forward and bring an x-factor to our attacking play. He is a big strong powerful athlete with a good offloading game. I have had nothing but good reports from people in Australia about Pauli both on and off the field.

“I am really looking forward to working with him over the next few years and I am pretty sure he will become a fans favourite.”