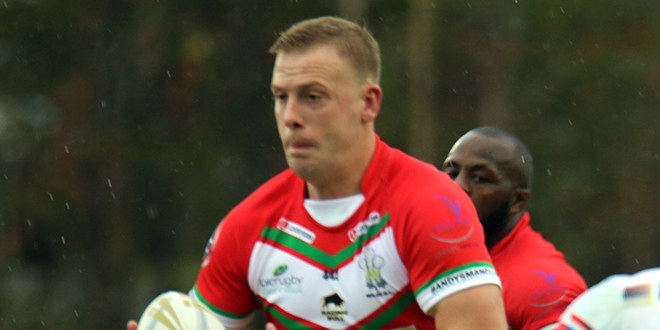 Of the 17 players who featured in Wales’ victory over Italy last October to secure World Cup qualification, 14 have been included in the squad, and despite not being named in the initial 38-man train-on squad, uncapped Chester Butler and Gavin Bennion have both been called up.

Halifax’s Butler is the grandson of former Wales international Colin Dixon, while Bennion has recently left Rochdale Hornets to join Super League club Salford Red Devils. The only other uncapped player is Josh Ralph, who plays in the Queensland (Intrust Super) Cup for Tweed Head Seagulls.

Ben Evans and Matty Seamark return to the frame for the first time since the last World Cup, while Super League Young Player of the Year nominees and St Helens duo Regan Grace and Morgan Knowles are included.

As previously reported Craig Kopczak will captain the side, with Phil Joseph and Elliot Kear assisting him in vice captain roles.

“I’m really happy with the squad that I’ve got for the tournament,” said Kear.

“We’ve had withdrawals – some because of injury and some for personal reasons – but the lads who are going are showing a great deal of desire to represent their country. I’m pretty certain that they will perform at this World Cup on the biggest stage. It’s a great opportunity.

“We’ve not won a World Cup match since 2000. We didn’t qualify for the 2008 World Cup and we didn’t win in 2013. It’s a long time between World Cup wins, but we’re unbeaten in six matches and the main goal is to get that first win. There’s then nothing to say that we can’t get out of the group and make the quarter-finals.”