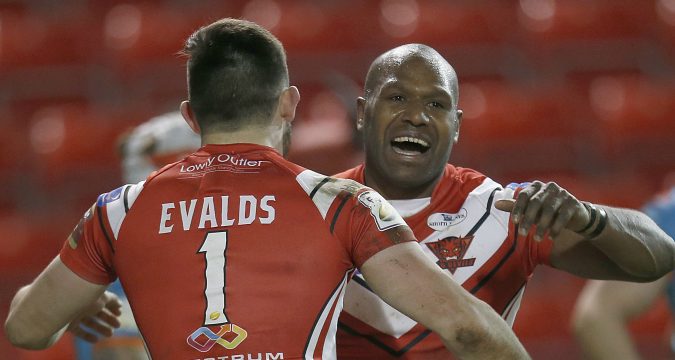 Dominic Manfredi’s try minutes from time followed what appeared to be a knock-on by Taulima Tautai, however it wasn’t given by the officials.

It was a decision that left Watson bitterly frustrated after his side looked set to claim a share of the spoils after coming from 16-2 behind.

“I’m really disappointed with the way the game ended, as we should’ve had a share of the score at the end,” he said.

“We could all see that he knocked on and the fact it wasn’t called up is a disappointment.

“It’s bittersweet, we played well second half but we didn’t have that finish to end it. We have to progress to finish at that level.”