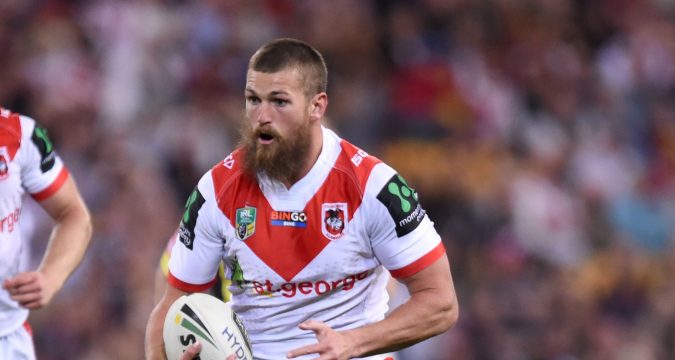 Widnes have terminated the contract of new signing Will Matthews on compassionate grounds.

Having signed for Widnes Vikings in September, Matthews and his family ultimately struggled to make the move from Australia, with a number of personal family factors meaning they felt unable to leave their homeland.

“I would like to apologise to the staff and supporters of Widnes Vikings for any inconvenience that the cancellation of my transfer causes,” he said.

“This decision has been made purely for family reasons, and I am sure that I will always feel an element of regret that I will not be able to play for Widnes in Super League. Many people have spoken highly to me about Widnes, and my interactions with its staff, both before signing the deal and since making this difficult decision, have all shown why the club holds this respect.

“For family reasons, we have chosen to move back to the Gold Coast area, where I will pursue my career. Whilst we were excited to move to the Vikings, we have ultimately reflected that we need to remain close to our family and support networks, which are important to us at this time. I signed my contract with Widnes in good faith and the circumstances we face are entirely unforeseen. Once again, I apologise to the club for what has been one of the hardest decisions of my life, and would like to wish the Vikings and their supporters all the best for the future.”

Widnes CEO James Rule said: “Whilst Widnes are disappointed that Will Matthews will not feature for the team, ultimately we have had to accept that the termination of this deal is in the best interests of all parties. Moving abroad, especially to the other side of the world, can be a very difficult step for any player. As Will reached the very final stages of his move to the UK, it became clear that to both him and his family that they would be unable to see this decision through.

“Naturally, this decision has surprised us. Unfortunately, whilst we would have hoped that such concerns would have been raised before signing a contact, we have to accept the reality of this situation. To pursue the contract could see the club waste money and energy on a legal battle, which neither we nor Will wanted, or put the player in an untenable situation. Instead, we have sought to move on and take advantage of the opportunity to invest the money assigned to Will’s contact into strengthening the team.

“Through Denis’ work at the World Cup, we saw that Kato Ottio might be available, at the same time that it became clear that Will’s move was unlikely to happen. This allowed us to strike quickly and sign Kato up for 2018, utilising some of the money assigned for Will’s contract. We have invested the remainder of Will’s proposed contract back into our recruitment budget, which will be beneficial as we explore other targets.

“We would like to wish Will all the best for the future. We hope that this decision proves to be the right one for him and his family.”