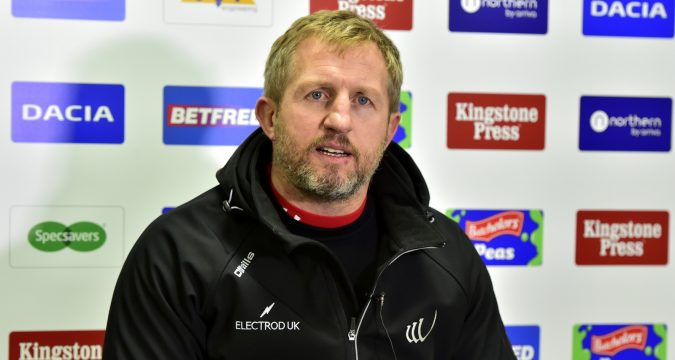 Denis Betts believes his side would have defeated Warrington with a longer turnaround.

Widnes lost 18-10 to their local rivals despite Krisnan Inu crossing for two tries.

But Betts’ focus post-match was on their shorter recovery period, with the Vikings getting just four days to prepare compared to Warrington’s eight.

“If we got eight days each and we see where we’re both at energy wise, we probably win that battle today,” he said.

“They were desperate and it showed, they had lots of energy and were aggressive off the line.

“They had a real smart plan, they came and they attacked us on the edges, they rolled us backwards but we’re a resilient beast at the moment. We didn’t fall over, we didn’t falter.

“If we can get the ball down, we’ve created a few chances to put us in the lead and we just don’t take them.