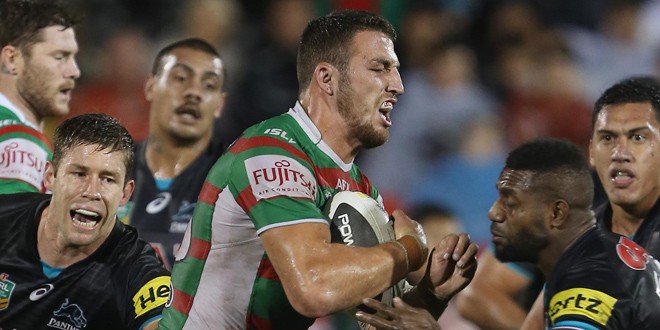 South Sydney Rabbitohs star Sam Burgess has said that he never really considered a move elsewhere – despite speculation late in his personal transfer saga linking him with Leeds.

The Rhinos publicly declared an interest in Burgess shortly before his move back to Souths from Bath was confirmed, saying if things didn’t happen with the NRL heavyweights, they would have been interested in bringing him to Headingley.

But Burgess, speaking in his first media conference back as a Souths player, says that he instructed his manager not to look anywhere else when weighing up where to go if he left Bath.

“I love South Sydney,” he said. “It was never in question really about looking elsewhere and looking at other clubs. I spoke to Chris, my manager, and the first thing I mentioned to him was “straight to Souths” – I told him not to look anywhere else.

“I’d find it very hard to put a different shirt on; I love this club and the experience I’ve had here over the past five seasons has been unbelievable. As a player you feel privileged to represent them and I can’t wait to do that again this year.”

You can watch part of Burgess’ first press conference back as a Souths player below.