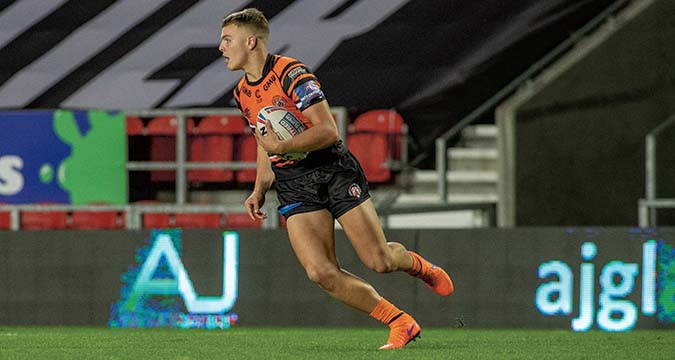 The NRL club have signed Hodgson on a three-year deal, their second signing from the UK having also secured Huddersfield’s Dom Young.

The nephew of Canberra and England hooker Josh, Hodgson made his debut for the Tigers earlier this year.

Castleford have received an undisclosed fee as part of the deal.

“Bailey is an exciting prospect, he is a natural athlete with great balance and footwork,” said the club’s Head of Recruitment, Clint Zammit.

“For the past 13 months I have watched him continue to develop rapidly.

“His willingness to work hard and compete in every aspect has allowed him to play in the Super League, despite his age.

“Whilst he is only young, he will be afforded all the time and resources required to allow him to grow into a player that we anticipate will have a long career at the Knights.”