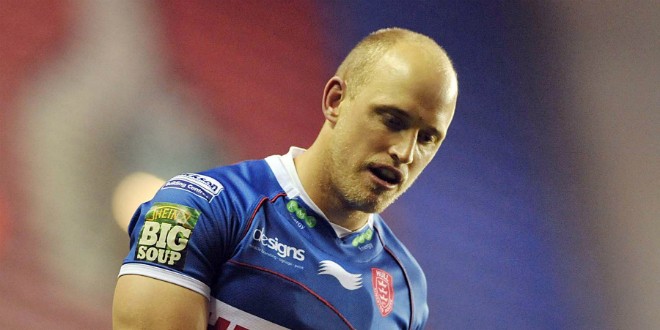 New Salford Red Devils signing Michael Dobson admits he’s delighted to be playing with Rangi Chase in 2015 – because it means he won’t have to line up against him in Super League again!

Dobson has returned to Super League after a spell with Newcastle Knights, and will likely star with Chase in a talented half-back combination for 2015. And the Australian – who described Chase as a “nightmare” to play against – says it’s a relief to not have to worry about dueling with him in the forthcoming season.

‘‘Rangi really is a nightmare to play against because you just do not know what he is going to do with how talented he is,” the 28-year-old told the MEN.

“He is very unpredictable and so dangerous. He is one of those players who can pull something out of the bag and change a game in an instance.

“It is so good to know I am finally playing alongside as opposed to trying to mark him.

“I rate him very highly, he is so clever and so elusive. Trust me, he is a tough and tricky opponent.”