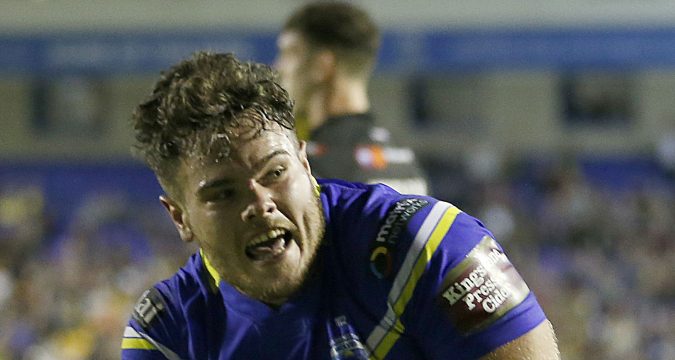 Joe Philbin admits it was an honour to represent Great Britain on their end of season tour and he would love to see the Great Britain team continuing into the future.

The Warrington Wolves prop forward was in sensational form last season and he was rewarded with a place in the Lions’ squad for their first series in twelve years.

The 25-year-old played in the first Test against New Zealand and the one-off Test against Papua New Guinea. Despite losing both games, Philbin loved his time on tour and describes the experience as one he will never forget.

“I was sitting at home when Jamie Peacock rang me,” said Philbin.

“I didn’t believe him at first. I couldn’t really speak to him and I felt I had been rude to him when I put the phone down. I just couldn’t get my words out. I got there and it was really good to be with some of the best players to watch how they prepare.

“Results could have been different, we know that. But we competed in the games. There were a few little things either way that you change and you win a few games and then it’s a completely different story. We were not as far off as everyone made out.

“I’d love to do a full Kangaroos tour.”

Philbin, who made his debut for Warrington in 2014, started to get noticed in 2018 and was an integral part of Warrington’s Challenge Cup Final success last season. He hands all the credit for his upturn in form to head coach Steve Price.

He added: “Since Pricey came in, I really feel like I’ve kicked on. I think he’s put a lot of confidence in me. I’ve just been enjoying my rugby and that’s the main thing. I keep a smile on my face and you do the best you can when you are happy.

“We had a lot of changes when Steve came in, with a few new systems with a focus on our defending. Everyone bought into that and we are now challenging for everything. He got us to the Challenge Cup Final and Grand Final in his first year, he then won the Challenge Cup last year but we didn’t get to the Grand Final.

“We have been competing, but this year we want to go that one step further. We want to get our name on the Grand Final trophy.”