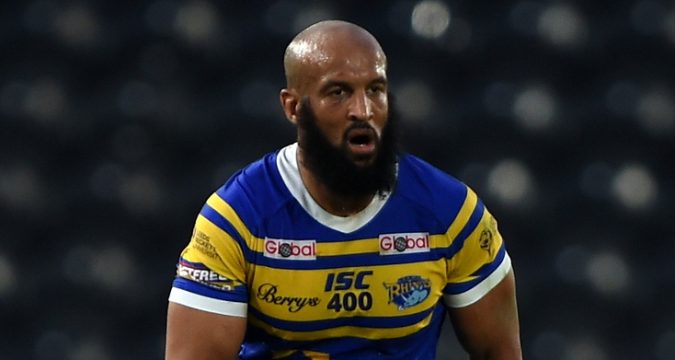 Leeds fan Tom Gilfeather has his say ahead of their game with Hull KR.

Last week’s performance against Warrington was absolutely superb. The halves seemed to gel very well and Jack Walker was phenomenal at the back. Our last tackle options appeared vastly improved on years gone by.

Yes, there were a few teething problems, but this is hardly a major worry in the first game of the season. The injury to Nathaniel Peteru is a disappointment but not one that we can’t recover from. Despite this, there is plenty to look forward to going forward and I’m now certain this won’t be another 2016 for the Rhinos.

Looking ahead to Hull KR, this should be a good test for Leeds before heading to Melbourne on Friday morning. Rovers will undoubtedly be disappointed with their result against Wakefield last week and will hopefully bring their A-game to Elland Road. For our first home game, I would like to see Leeds play an expansive style of game that makes KR work hard. From memory, most of our recent clashes with KR, last year aside, have been relatively even until the last quarter when we have generally ran away with it. I don’t see this game going much different to that script unless Leeds blow KR away early on. The alternative is of course that we see a replay of London away in 2014 before the Challenge Cup Final where Leeds became the only side for the Broncos to beat all season. I think this is unlikely though and that Leeds will want a good performance under the belt before playing the Storm.

Regardless, I think it would be remiss to ignore how odd it will be to see Danny McGuire playing against Leeds on Thursday. I’m sure all Leeds fans wish him well with KR, but hope that he has an off day at Elland Road!