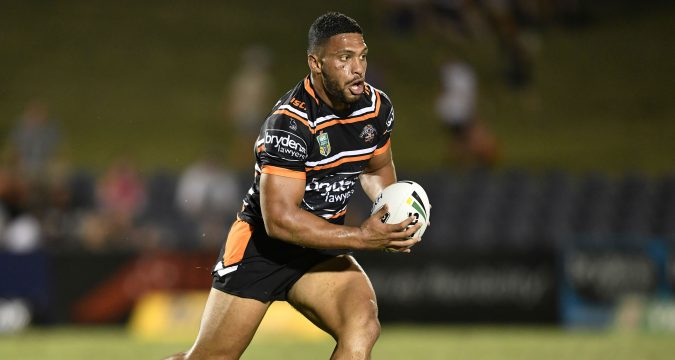 Taane Milne is the latest overseas star pursuing a move to Super League.

TotalRL.com can reveal the 23-year-old’s representatives have made several clubs aware of his availability ahead of the 2019 season.

Milne, a centre who scored four tries for Fiji in last year’s World Cup, was sacked by West Tigers earlier this year after failing a second drugs test.

The 23-year-old had joined Wests from St George Illawarra, where he made 18 appearances in two seasons.

He ended the current season with NSW Cup outfit Mount Pritchard Mounties, but now wants to resurrect his career in Super League.

It remains to be seen whether clubs will take a punt at Milne given his past, though his impressive performances in last year’s World Cup showcased his quality.