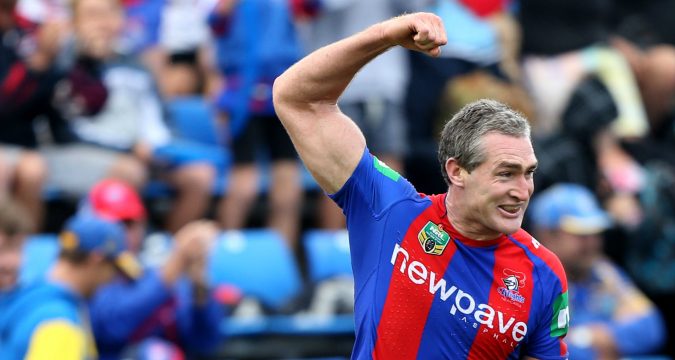 Widnes Viking forward Chris Houston is hoping to arrive at the Select Security Stadium some time in January, but has a small matter to deal with first.

“I’m hoping to get there as soon as I can, but my wife Amy and I have our first baby due on 28 December,” Houston told League Express.

“That’s my immediate priority, but my wife is open to the idea of coming to the UK and I’m hoping to get the last trial game if everything is okay with the birth.”

Houston was told at the end of the 2015 season by incoming Knights coach Nathan Brown that he could look elsewhere for a club in 2016.

“Being told I was no longer needed was a bit of a shock, but Amy and I had always talked about going over to the UK and now it’s happened a year early. I’ve signed a contract for two years with an option of a third year,” added Houston, whose professional career had begun under Brown in 2007 at St George Illawarra Dragons.

“I came through a good junior system with the Dragons; Stephen Price was my under-20s coach and reserve grade coach. But I was competing for a place with Beau Scott and Ben Creagh, who were both great and established backrowers, and Newcastle were going through some changes at the time and gave me an opportunity to further my career.

“I had such a good time there, including the chance to play for Wayne Bennett when he was the coach. Wayne is fantastic, although his time at Newcastle didn’t achieve as much as he might have hoped. We went through some rough periods off the field and we had a difficult time with private ownership at the time.

“But Wayne as a mentor is exemplary. He develops you as a player and as a human being. His values, morals and work ethic are so strong. He teaches them to young kids, and he lives by them as well.”