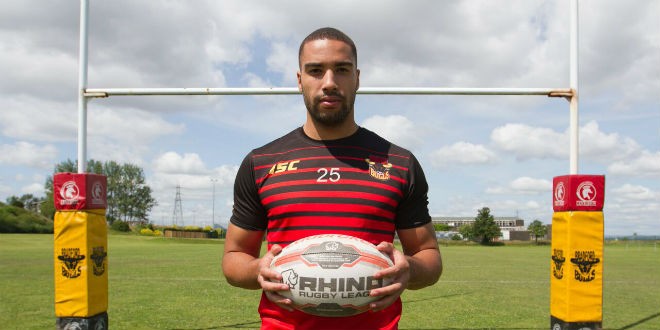 Thirteen of Jamaica’s designated 20-man squad for the Firehouse Subs Rugby League World Cup Qualifiers – Americas, which start in Florida next week, come from the Championship or League 1 in the UK.

A trio of players travel over from Hunslet Hawks – Danny Thomas, Mo Agoro and Richie Barnett – with Batley and Keighley each providing a pair.

“We have a good mix of players who have been there before, as well as debutants who will add spark to the team,” said JRLA Director of Rugby and head coach of the Reggae Warriors, Romeo Monteith.

“We looked at each position and tried to get the best candidate based on form and commitment to the programme.”

Monteith continued: “There are some good players who missed out, but I believe that speaks of the strong pool we have to choose from.

“Our UK-based players will add a degree of professionalism and know-how and compliment a strong core of domestic players who have proven themselves in the local leagues and in representative games.”

Jamaica face hosts USA in Jacksonville on 4th December and must back up against Canada in Deland four days later.