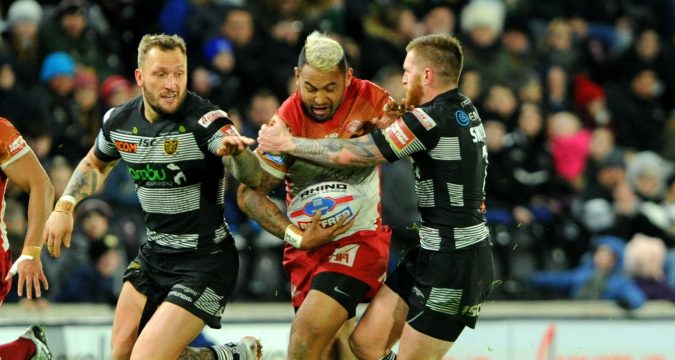 Krisnan Inu has admitted he turned down “two or three” Super League clubs to join Widnes.

The 30-year-old made a surprise move to the Vikings last week after being granted a release by Catalans.

The New Zealand international is Widnes’ major signing ahead of 2018, and speaking to League Express, he revealed he chose a move to the club over some of their Super League rivals.

When asked about offers available to him, he said: “There were two or three clubs.

“Going through the season watching them last year I was surprised with where they were. I can only see them doing better this year.”

Inu also revealed he is looking forward to seeing a new part of the world after spending the last three years in France.

“The chance to live in England is something I thought I’d never do,” he said.

“That’s not by choice, just growing up in Australia I just never thought I’d live over here but it’s another chapter in my book and that’s awesome, I can’t wait.”

To read the full version of Inu’s first interview since joining the club, buy League Express now, available in stores or online at totalrl.com/le.