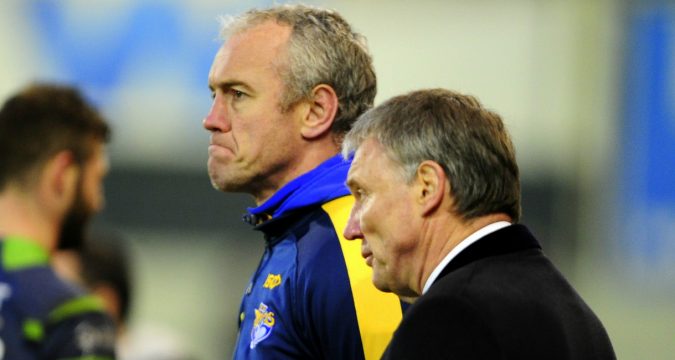 Gary Hetherington has lashed out following today’s unveiling of Super League CEO Robert Elstone and revelation of the proposed change in structure.

The Leeds Rhinos chief executive has made no secret about his thoughts about the decision to give Super League as a competition more power.

Following today’s press conference, Hetherington hit back by calling the announcement an ‘absurd grab for power,’ and called for the RFL to show strong leadership.

In a statement on the Leeds website, Hetherington said: “Today’s announcement regarding plans for next season appear to be an absurd grab for power for the game by a small group of men who think they own the game.

“Leeds Rhinos are not party to this and are totally against the creation of a separate Super League executive. Super League clubs voted 7 to 5 at our last meeting on some key issues related to promotion and relegation.

“The game is in need of strong leadership from Brian Barwick and his Board of Directors at the Rugby Football League, the games governing body, and this announcement should bring a response from everyone connected with the game.”

“With regard to today’s Super League meeting concerning the future of the Super 8s.

“Do not be misled by any conclusion that the format for 2019 has been decided. We believe this was disrespectful to the present consultation process involving The RFL and Championship/League 1 representatives where we are nowhere near a conclusion.

“Any Super League plan at the last meeting had not even made it to the back of a cigarette packet, let alone a formulated document proposal.

“We need The RFL response to confirm this position working towards a whole game solution or war looms.”

Doncaster CEO Carl Hall also weighed in, calling on clubs who’ve voted in favour of the move not to change their minds if more than one team is relegated this season.

1 up 1 down from 2019 season so if 2/3 or 4 super league clubs go down this year, don’t change your minds, please all keep/remember this statement. Be careful what you wish for 👍🏻