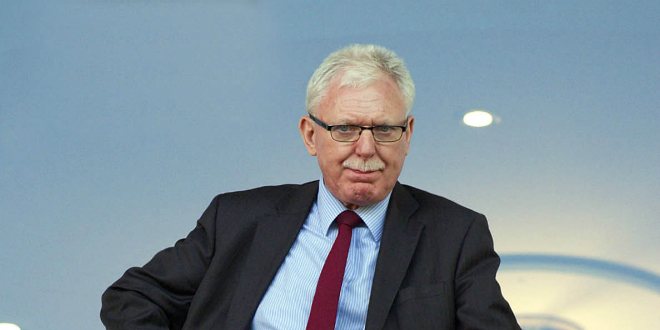 Wigan Warriors owner Ian Lenagan has insisted that any changes to the league structure will NOT impact on the amount of central distribution Championship and League 1 clubs receive until at least the end of the current TV deal.

Part of the discussion over the ongoing debate about whether the structure will be changed – which now looks likely after several parties insisted on Tuesday the Super 8s was being scrapped – was whether clubs outside of Super League would continue to receive the same slice of the pie that they do now.

And Lenagan has promised that no matter what changes are made, Super League – who secured the most recent broadcast deal with Sky Sports that runs until the end of the 2021 season – will not slash funding to the clubs in the Championship and League 1.

“We will commit to funding the rest of the game, as it has been funded before,” Lenagan said at Tuesday’s explosive press conference.

“All sorts of misrepresentations have appeared in the press for the last three months.

“That’s our commitment to the rest of the game.”