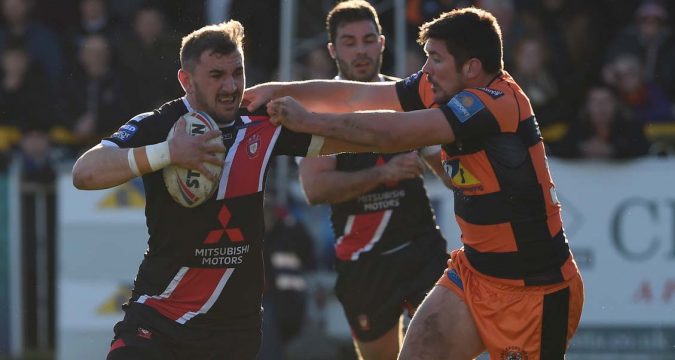 Leigh Centurions are in talks to sign prop Adam Walker.

League Express understands the club has tabled a deal to the Scotland international, who is a free agent after leaving Salford earlier this year.

Walker is understood to have had a trial at Wakefield that has now ended, but the Centurions are interested in securing a deal for the 29-year-old, who played for Salford in last year’s Super League Grand Final.

Walker was a regular for the Red Devils last season, making 25 appearances after returning to the sport from a drugs ban.

A former Huddersfield, Hull KR and St Helens player, Walker has plenty of experience and boasts ten appearances for Scotland.

Talks are thought to be progressing and a deal appears likely, with Walker expected to sign for the club in the coming weeks.

Leigh have been unusually quiet on the recruitment front so far, but the emergence of their interest in Walker indicates their activity is due to pick up.

It’s believed the club has tabled new contracts to numerous members of their existing squad in the past month, with decisions on their futures expected imminently.