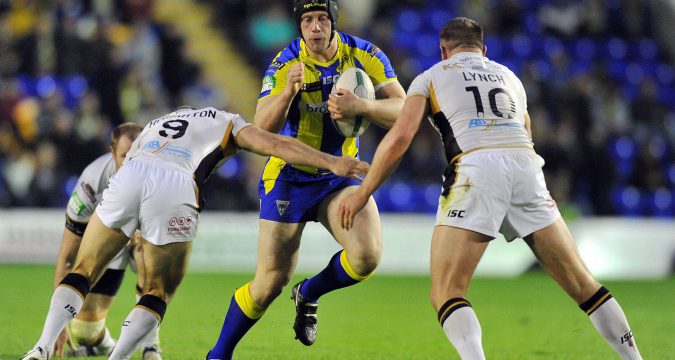 How it unfolded
First half
Hull FC almost score with their very first set, but a Ryan Atkins tackle saves the day; after Ben Westwood sets the foundation, Ratchford latches onto a Myler grubber to open the scoring in the fifth minute; Danny Houghton replies on the 11th minute, scooting over from dummy half, Crooks kicks to level the scores; Trent Waterhouse puts home side in front again, sees a gap and flies over, 10-6; professional foul from Jamie Shaul on 28 minutes, yellow card; Ben Evans makes numerical advantage count on 36th minute and Ratchford adds extras, as well as a penalty; 18-6 at half-time.

Second half
Very quiet start to second half, but Lineham goes over on 59th minute to bring Hull within eight of Wolves; end-to-end match epitomised by strong exchanges and looks like Wolves will tough it out until Talanoa scores on 77th minute, Crooks adds kicks to make it 18-16, but it’s too little, too late; full-time 18-16.

A full report complete with live photography can be found in tomorrow’s League Express newspaper.Available at midnight online or in all good newsagents in the morning.