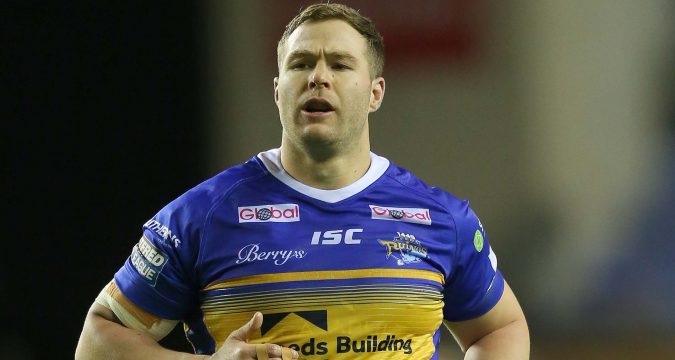 Leeds Rhinos old boy Trent Merrin believes that the lessons learned during tough times last season, when he was captain, have contributed to the Rhinos’ strong start this time around.
Before the lockdown, Richard Agar’s side chalked up four straight wins to be third in Super League, despite playing two games fewer than Wigan and Castleford, the sides above.
Leeds claimed just twelve wins during the whole of last year, when Australian forward Merrin missed only two of 29 league matches.
While Agar was handed the reins on a permanent basis in September after replacing David Furner as interim head coach in May, personal reasons, connected to his partner Jess’s family, led to Merrin returning to Australia in November.
He rejoined his first club, St George Illawarra, despite being only twelve months into the four-year deal he signed in November 2018 when moving to Leeds from Penrith as a marquee signing.
“It would have been great to stay at Leeds,” said the 30-year-old New South Wales and Australia forward, who featured in both of St George’s defeats by Wests Tigers and Penrith before the NRL was suspended.
“I absolutely loved my time there, and it was only family circumstances which meant Jess needed to be back in Australia.
“Jess’s mum passed away last year, which was a shattering blow for us, and we had a child on the way (son Mayne was born earlier this year).
“But it was great to be part of Leeds and Super League. Everyone opened their arms to us and treated us like their own.
“The year at Leeds was a big one for me. It was a big chapter in my life and I took a lot from it.
“It wasn’t the best of seasons, but the way everyone conducted themselves and learned from those tough times can be seen in the start this year.”
Speaking on the Rhinos’ Lockdown podcast, Merrin added: “To be named captain of such a prestigious club as Leeds is one of the highlights of my career.
“The transition was so quick that I wasn’t really able to do my homework, but as soon as I got over there and played a few games, I realised how prestigious a club Leeds is.
“If the time arises or if circumstances send me back over there to finish my career, I would take it with both hands.”
Merrin is under contract until the end of 2021 at St George, where former Leigh, St Helens and Wigan coach Ian Millward is on the management team.
“Because of the timing of the move, I missed three weeks of pre-season and was probably a bit overweight because of too much Yorkshire pudding,” smiled Merrin.
“Playing catch-up was a challenge, but I worked hard to get myself into good enough shape for the NRL, then the coronavirus came around.”
Merrin made 133 NRL appearances during his first spell at St George from 2009-15, including the 2010 Grand Final win over Sydney Roosters, and played 72 times for Penrith between 2016-18.