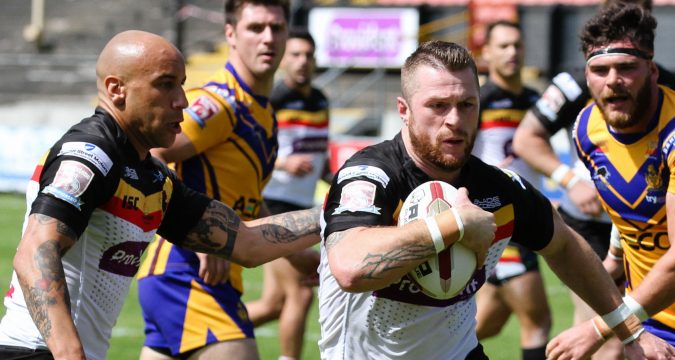 Toronto Wolfpack have confirmed the signing of Bradford forward Adam Sidlow for the 2017 season.

The 29-year-old made over 150 Super League appearances during his time at Salford Red Devils and Bradford before staying with the Bulls during their two-year stint in the Championship.

“The whole situation with Bradford is terrible,” Rowley said.

“Nevertheless, life goes on. It’s like asking how long you should grieve before moving on. But these players are desperate to make sure they’re getting paid a wage.

“Adam is someone I’d tried to sign previously. I’ve long been an admirer of him as someone who can stick with us for a few years as we look to progress through the ranks. I think he is a brilliant signing for us.”

Meanwhile, the Wolfpack will not have Toby Everett or Jerome Veve in their squad for the League 1 campaign.

Everett, who was on loan from London, has returned to the Broncos after discovering he needs a six-month rehabilitation to deal with a knee injury, while Veve, who joined from Gold Coast Titans, has left for personal reasons.