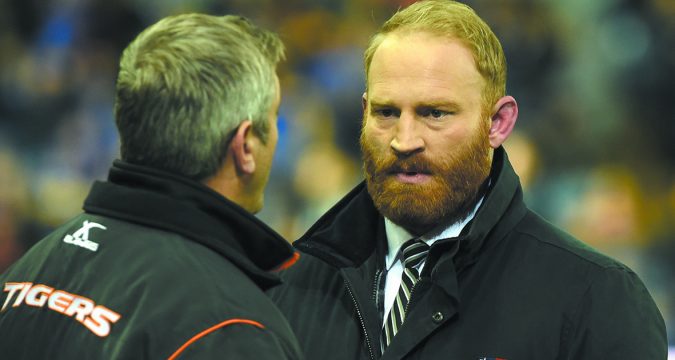 Castleford Tigers director of rugby Jon Wells says the club will learn the lessons of this season in a bid to get back into the Grand Final and kick their reputation as under-achievers firmly into touch.

After going down to Leeds in the 2016 Super League showpiece, Daryl Powell’s side lost to eventual champions Wigan in this year’s play-off semi-finals.

Former Castleford player Wells, appointed in the middle of March, says planning is well under way for a renewed bid for honours.

“The club as a whole and the playing squad in particular are devastated both in the loss (to Wigan) and the performance which contributed to that loss,” he added.

“Wigan were outstanding in defence throughout the semi-final, but there is certainly a huge feeling that, once again, we did not bring our best to the table.

“The players and the coaching staff take full responsibility for that and the work has already begun to lay foundations for a different story next year.

“We have an extremely competent, adaptable and skilful squad who are capable of great things.