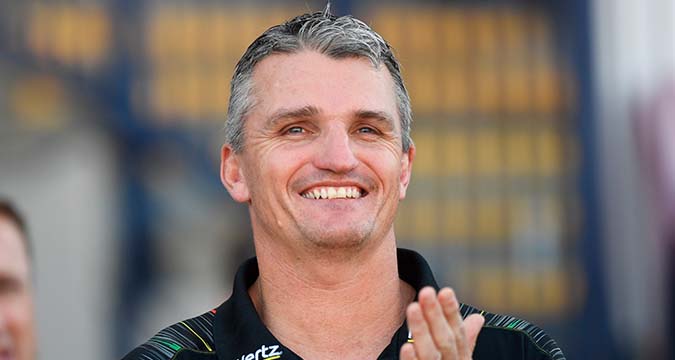 The Panthers, coached by Ivan Cleary (pictured), the father of their halfback Nathan, scored tries by Brian To’o, Tyrone May and Dylan Edwards, all of them converted by Cleary, who also added a penalty.

The Rabbitohs had taken an early lead after just three minutes with a try by Alex Johnston, but the Panthers soon pulled level and never lost the lead, although South Sydney were always in touch, adding a try by Dane Gagai on 49 minutes and pulling to within four points with Corey Allan’s try on 72 minutes.

For a fuller report of this game and a preview of next weekend’s Grand Final check out Monday’s edition of League Express.