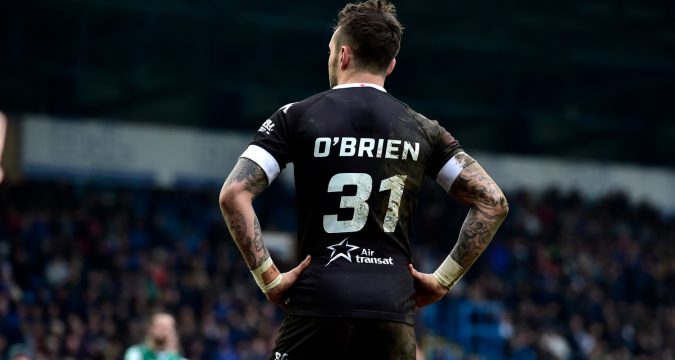 The league leading Wolfpack have finally made it to the top of our rankings! With Super League leaders St Helens slipping to defeat, Toronto were victorious once again to cement their position at the top of the Championship.

The top two in the Championship make up the top two in this week’s rankings! Joining Toronto are second-placed Featherstone, who moved into second with another big victory at the weekend – as they ended Barrow’s 23-month unbeaten run at home.

The Saints stay atop of Super League – but after slipping to defeat at Wakefield on Sunday, Justin Holbrook’s side slip two places in this week’s rankings.

With five successive wins now to their name, the Wolves are on the climb both in Super League and our rankings! Their recent good form continued on Saturday with victory over Hull KR.

It was a frustrating night for the Super League champions on Friday night, with Leeds slipping out of the top four following a narrow defeat to Wigan at Headingley.

A record-breaking first half – and ultimately comfortable win over Sheffield – sees Kieron Purtill’s Leigh continue to show signs of revival in the Championship.

The League 1 pacesetters stayed on top over the weekend with another victory – and Richard Horne’s side will fancy a scalp in the Challenge Cup this weekend too, when they face high-flying Featherstone.

Carl Forster’s Haven continue to climb the League 1 table; they were far too good for West Wales on Sunday, winning 84-6.

The Broncos are back on the rise! They secured their first win in four by beating Rochdale on Friday night, cementing their early position inside the Championship’s top four.

Our final placing this week goes to Matt Diskin’s Batley Bulldogs – who stunned Toulouse at home over the weekend!