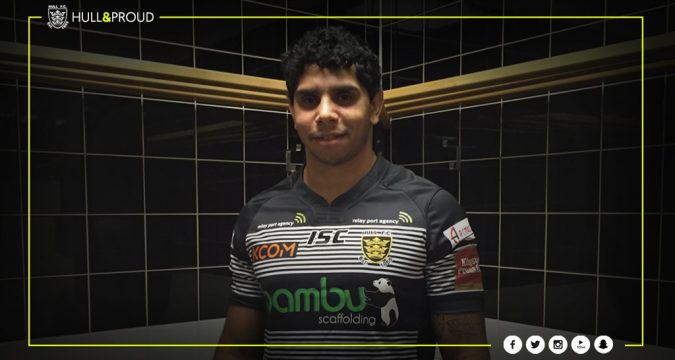 Lee Radford has admitted that he’s excited about the battle for the stand-off berth between Albery Kelly and Carlos Tuimavave.

The pair are set to battle it out for the stand-off position next year after Kelly arrived at the club from cross-city rivals Hull KR.

Both players were handed starting jerseys by the club last week, with Carlos Tuimavave retaining the number three shirt, while Kelly took number six from the departed Leon Pryce.

With Radford keen to use Tuimavave in the halves, he is looking forward to selection headaches throughout the year.

“Carlos finished the year at stand-off but he’s very comfortable playing in the centres,” he said.

“It will be a tough battle but it’s one I’m looking forward to watching.

“Albert is very much like Jamie Shaul; he tends to put himself in the right place when other guys are carrying the football, and I’m sure he’s going to add a lot of strike to what we’ve already got in the locker moving forward.”

Buy the new League Express now for a piece with Lee Radford on Jake Connor, and his plans on how to use the new signing next season. Buy in stores now or online at totalrl.com/shop