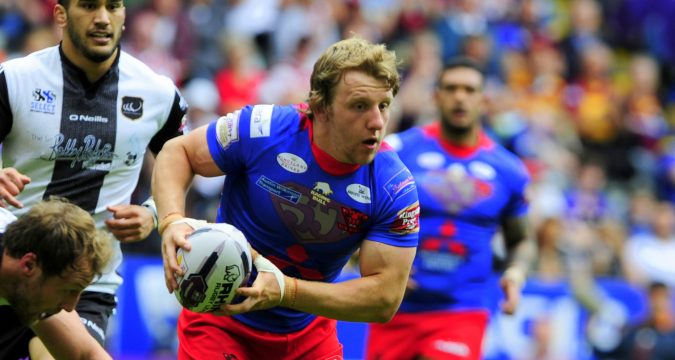 Salford Red Devils have extended the contract of Logan Tomkins until the end of the 2017 season.

Tomkins made 31 appearances for the Red Devils last year after joining the club on a permanent deal from Wigan ahead of the season.

The hooker proved important to Salford’s survival, with Ian Watson relying on Tomkins throughout the season due to the long-term injury of captain Tommy Lee.

“Logan stepped up to be our starting nine last season when we had an injury to Tommy Lee,” said Watson. “And he made the shirt his own. The work Logan does off the ball is first class, he does things across the park that don’t always get seen but make a massive difference to the team. He’s shown big improvements during his time here and I’m sure he can continue to develop in 2017.”