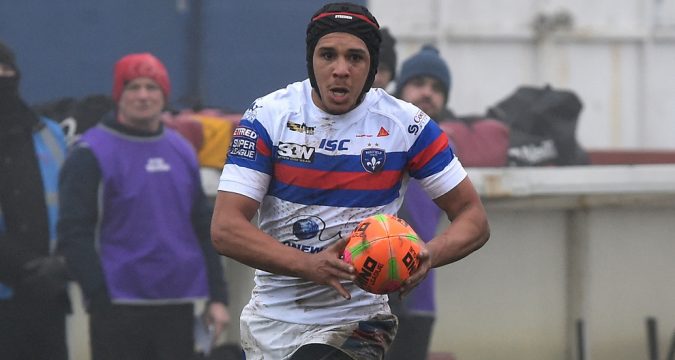 Wakefield Trinity ended their five-match losing streak in style as they inflicted a second defeat of the season on league leaders St Helens.

Four tries in 17 first-half minutes was enough for Chris Chester’s side, who managed to hold off St Helens to win 24-20. Ben Jones-Bishop, Reece Lyne, Justin Horo and Bill Tupou scored for Trinity.

Danny Brough was sent off as Huddersfield suffered an eighth defeat of the season to Salford.

The Red Devils won 30-12, with Jake Bibby’s two late tries adding emphasis to the scoreline after Brough was dismissed for dissent.

Meanwhile, Castleford picked up their biggest win of the season as they smashed Catalans 41-0.

Paul McShane and Oliver Holmes both scored twice as they eased to victory over the poor Dragons.

Full reports and reaction is available in League Express.