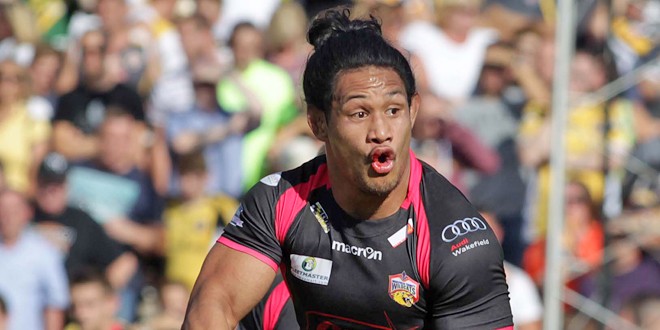 Taulima Tautai could be set to miss up to five matches after being charged with a Grade D offence by the RFL’s disciplinary panel this week.

Tautai has been charged with a Grade D dangerous throw on Hull FC Mickey Paea, after an incident during the latter stages of Wigan’s narrow win against Hull on Friday night.

He could be banned for between three and five matches on Tuesday night – which means his season could be over after the incident, given how Wigan only have, at the most, four matches left this year.

Jamie Acton of Leigh Centurions has been charged with Grade C striking with the knee on Halifax player Richard Moore in the 68th minute of the Qualifiers Super 8s fixture played on Sunday September 13.

Acton and Tautai do not have the option of submitting EGPs and will appear before an independent disciplinary tribunal on Tuesday evening. They were charged after the incidents were viewed by the RFL Match Review Panel, which also issued three formal cautions as follows: