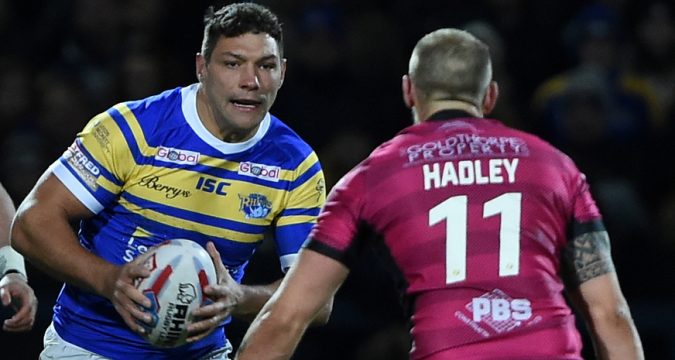 With May 1st upon us, players who have yet to sign a new contract beyond 2018 are free to consider offers from other clubs.

Here are ten of the biggest names that can now be approached by rival clubs.

The first of England’s World Cup squad on the list, the veteran halfback is off-contract at the end of the season after signing a two-year deal with the Wolves following his move from Widnes.

Brown will be 34 by then and it remains to be seen whether he will play on after that. His international retirement may hint that he doesn’t plan on playing too much longer. The Wigan centre has made it public knowledge that his future is up in the air.

Speaking to League Express earlier this year he confirmed no contract talks had taken place with Wigan and he’d be open to an NRL move.

Saints have also been linked. What’s for certain is that he won’t be short of offers.

He’s proved to be one of Super League’s all-time greats, but Ryan Hall still finds himself out of contract at the end of the year.

It’s impossible to think he won’t be offered a chance to stay at Leeds. Even if he isn’t, he’ll find a club elsewhere. Technically, Hardaker has been off-contract for several months. But having now received a specific date for when he can return to competition, he can now start sorting his future.

It’s thoroughly expected that Wigan will snap up the former Leeds and Castleford ace, but may other clubs try and hijack the move? Another Dream Team member, Albert Kelly’s future is already in doubt after he confirmed he had “unfinished business” with the NRL.

After his performances last year, Kelly is likely to have landed on the radar of some NRL clubs. Should he play consistently well again, the Black and Whites may have a fight on their hands.

Mamo is another player that has cast doubt on his future by admitting he isn’t sure what the future holds for him beyond the end of the season.

Fullbacks are a hot commodity on the market and as a result, Mamo won’t be short of options. He admitted he’s happy at Huddersfield, but whether he remains there after the year passes by is yet to be decided. During his stay at Hull FC, Manu has been one of Super League’s most consistent performers.

But what next? The 31-year-old Tongan international is off-contract at the end of the season. Could he still make it in the NRL? His performances domestically and internationally would suggest so.

Although it’d be wrong of us to suggest he would want to leave the Black and Whites. The rumour mill is already in front gear on this front, with Milner understood to be attracting NRL interest.

The Cas forward has yet to sign a new deal despite negotiations taking place, and you’d imagine many clubs on both sides of the globe will be keen to have a conversation.

Moon’s transition to a halfback has further elevated his stock after Leeds’ latest Grand Final triumph.

Still only 29, Moon is a massive asset with loads of Super League experience and will be one of the first names on every other club’s wishlist.

The Saints captain is yet to sign a new deal.

As a one-club man, you’d have to expect that should Roby not sign a new contract, it will signal the end of his career.

That said, Roby is playing far too well to consider hanging up the boots just yet, and you’d expect Justin Holbrook will tie him up soon.